Which School Should I Choose For My Child?

Public education is coming apart at the seams. Since the end of the Second World War, and especially since the mid-1960s, Western Education has been deluged with seemingly endless stories concerning the failure of its educational system. Testing reveals that there exist a significant percentage of high-school graduates who cannot identify the Pacific Ocean on an unlabeled map of the world; students who can’t do basic algebra, and who regularly confuse some of the most basic historical facts.

Emily Brown, a professor at Sheridan College near Toronto, says, “My student’s have huge gaps in the fundamentals. I’m teaching calculus and algebra to students who have no understanding of fractions. They don’t know that half the cake is the same as 50 percent of the cake.”[1] More than half of high school students couldn’t meet the Grade 6 math standard in the 2016/27 school year. These horror stories are repeated year after year. Fewer and fewer young people, even those who have graduated from universities, are capable of properly expressing themselves verbally or in writing.

Provincial math committees have repeatedly urged reforms. However, instead of adding math, Ms. Brown says, the schools added courses in gender studies. In fact, a growing number of reform-minded educators believe the last two decades of education have been fad-driven and actually damaging for kids. In a nutshell, educational reform advocacy groups, such as ResearchED and JUMP, believe that the best educational approach, especially for elementary aged students, is structured instruction. This type of education requires the teacher to impart information directly to the students by means of teaching and explanation. By contrast, the progressive approach, which is dominant across Canada and especially in British Columbia, features “discovery” learning, in which teachers allow students to figure things out on their own, even though the students lack the foundational knowledge to do so.

Now, more than ever, parents are wondering not merely which school their child ought to attend, but what kind of education, or method of instruction, is best. Increasingly, parents are asking school principals and teachers two very crucial question: “How are you going to teach my child? And what is your goal for my child when they graduate from this school?”

In the midst of this collapsing system, a funny thing happened as the 20th century came to an end, namely, the rise of the Christian Classical School. Countering the current educational scheme, growing numbers of Christians have begun to form what are being called “Classical and Christian” schools. Christians, who would have otherwise been involved in a traditional Christian school or public school, are suddenly making the case for Latin and Greek, reading the great books of the Western intellectual tradition, learning formal logic, and talking about the traditional liberal arts – the trivium and the quadrivium. In short, these Christians are advocating for a new method that is actually quite ancient. They call it the “Classical” model of education.

What is classical education at its core? In a word, classical education is transformational. By being immersed in the truths of the Gospel, the mental disciplines of logic and rhetoric, and understanding the great ideas of Western culture, students are changed. Classical education teaches for wisdom and virtue, rather than mere vocation, and alters the focus of education from what we do for a living to who we become. Few, if any, educational philosophies make such a claim. But in Classical Christian education, transformation is the noble aim of everything. The Classical Christian school seeks, as the Apostle Paul encourages, to be “transformed by the renewal” of the students’ minds (Rom. 12:1-2).

How does Classical Education work?

What makes classical education so effective? It is largely because of its approach to how and when students are taught. Regardless of their learning style, children learn in three basic phases or stages (grammar, logic or dialectic, and rhetoric), known as the Trivium. In the grammar stage (K–6), students are naturally adept at memorizing through songs, chants, and rhymes. If you can get children in this stage to sing or chant something, they will remember it for a lifetime.

In the dialectic or logic stage (grades 7–9), teen-aged students are naturally more argumentative and begin to question authority and facts. They want to know the “why” of something—the logic behind it. During this stage, students learn reasoning, informal and formal logic, and how to argue with wisdom and eloquence.

The rhetoric stage (grades 10–12) is naturally when students become independent thinkers and communicators. They study and practice rhetoric, which is the art of persuasive speaking and effective writing that pleases the listener. Again, it is this approach to teaching students based on their developmental stages which makes the classical method so very effective.

What is the Goal of Classical Education?

While there are healthy debates within the Classical and Christian school world about the true nature of classical education, several general traits can be identified which lead to one ultimate goal for the student.

First, Classical and Christian schools are generally committed to some sort of word-based or word-centered education. One of the tragedies of much of contemporary education is a failure to retain the importance of language. Classical schools are trying to recover the centrality of the Trivium (the language arts) as essential to true education.

Second, Classical and Christian schools are committed to recovering the great books of the Western intellectual tradition and attending to the past more generally. To be educated is to be grounded in the texts of one's own tradition. For those of us in Canada, this refers to the central texts and ideas of the Hebrews, Greeks, Romans, and of course the development of the Western intellectual tradition from the first century to the present.

Fourth, Classical schools, in various ways, are also trying to recover the second and third components of the trivium—-dialectic and rhetoric. Dialectic is the practice of trying to deepen one's understanding of truth through back-and-forth conversation and debate. Rhetoric is perhaps best defined as the art of fitting communication, whether in the written or spoken word. You will find students at Classical schools studying logic, which is a component of dialectic, engaging in debate, learning via the Socratic method, and honing their skills through repeated opportunities to communicate both through writing and speaking.

Fifth, Classical education affirms that there is an overarching “telos” or goal at the center of true education. This actually gets at the heart of what makes classical and Christian schools unique. Classical schools—at their best—hold that education is ultimately about the formation of a certain kind of person. While different schools may disagree on this or that pedagogical theory (or theory of teaching), or this or that curriculum choice, virtually any Classical school desires to reach back and recover the notion that education is about human formation and transformation, not simply acquiring a trade or getting a good job.

Choose Classical Education for Your Child

The problem with public education and most traditional Christian schools isn’t necessarily that the curriculum is wrong, or that teaching algebra or computer science is somehow bad, but that the desire behind the entirety of the teaching is tragically corrupt. The renowned Spanish philosopher José Ortega y Gasset, along with the American philosopher and historian Richard M. Weaver both decried the excessive specialization that, in modern education, produces men and women who are educated in one field only, and who are largely ignorant of other fields. Weaver referred to this as the “fragmentation” of knowledge. On the contrary, classical education produced scholars who, he wrote, “…stood at the center of things because [they] had mastered principles,” whereas “progressive education” produces people who have “acquired only facts and skills” and who are thus unable to achieve a general synthesis, necessary to integrate data from various fields into a cohesive whole.

Crucially, Classical education aims to provide students with the tools that will enable them to synthesize data across a broad spectrum of fields, and thereby become their own teachers throughout their lives. A vast, inexhaustible world of learning is further opened because the student is equipped to think critically and to discern between that which is wholesome — contributing therefore to the uplifting of the mind — and that which is corrupting or debilitating. Morality and acumen are thus joined together and synthesized with truth in the pursuit of knowledge. In other words, the student is able to think independently, cohesively, and virtuously.

As one school year draws to a close and another one begins, reports will abound once again on the tragedies of high school graduates lacking the necessary knowledge to compete in the work place. Educators and politicians will continue to bemoan the crisis of education, and yet the solutions they propose never seem to change. But amid the disheartening stories and statistics, First Baptist Classical Academy is approaching the new school year striving to provide the highest academics possible and committed to helping students reach their greatest potential. If you are wondering what kind of education you desire for your child, give First Baptist Classical Academy strong consideration.

Back to School Looking for Beautiful

Which School Should I Choose For My Child? 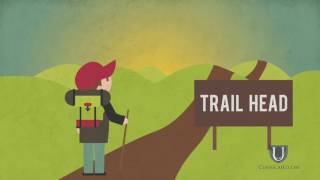 What is the advantage of Classical Education?

How do I prepare my child for Kindergarten?